The Man Who Planted Trees

The Man Who Planted Trees

Twenty years ago Chelsea Green published the first trade edition of The Man Who Planted Trees, a timeless eco-fable about what one person can do to restore the earth. The hero of the story, Elzéard Bouffier, spent his life planting one hundred acorns a day in a desolate, barren section of Provence in the south of France. The result was a total transformation of the landscape-from one devoid of life, with miserable, contentious inhabitants, to one filled with the scent of flowers, the songs of birds, and fresh, flowing water.

Since our first publication, the book has sold over a quarter of a million copies and inspired countless numbers of people around the world to take action and plant trees. On National Arbor Day, April 29, 2005, Chelsea Green released a special twentieth anniversary edition with a new foreword by Wangari Maathai, winner of the 2004 Nobel Peace Prize and founder of the African Green Belt Movement.

Jean Giono (1895-1970), the only son of a cobbler and a laundress, was one of France's greatest writers. He was a pacifist, and he was imprisoned in France for his beliefs during the Second World War. He wrote over thirty novels, scores of short stories, plays, poetry, essays, and filmscripts. Giono won the Prix de Monaco (for the most outstanding collected work by a French writer) among other awards. 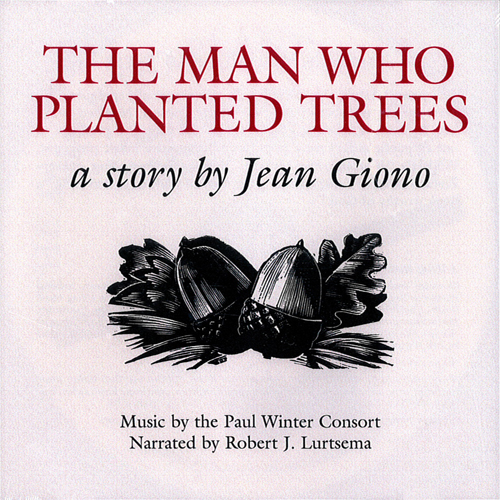