Ten Facts About the Water We Use

Most people have a basic understanding of the importance of water conservation. We’re taught to turn off the faucet while brushing our teeth and not to leave the hose running for long periods of time. However, we might not be aware of just how important conserving water is, how it impacts our lives, and how much we need it to survive.

The following is an excerpt from Water in Plain Sight by Judith Schwartz. It has been adapted for the web.

Listen to the following excerpt from the audiobook of Water in Plain Sight.

Moving Water Across the Landscape

When we hear the term water infrastructure this is what comes to mind: dams, pipes and pumps; tunnels and funnels; systems engineered by human ingenuity. From copper plumbing found in the Egyptian pyramids to California’s complex water matrix to China’s $62 billion South-North Water Transfer Project (the latter a plan originally envisioned by Mao Zedong that has already displaced 300,000 people), technological fixes have addressed the ongoing challenge of how to bring in water from the source, treat and clean water for use and consumption, and dispense with the foul stuff. By ensuring ongoing supplies of usable, drinkable, nonfetid water, basic waterworks like aqueducts, drains and latrines are a hallmark of civilization—and hygiene. Without this, a city could flourish only until some virulent, disease-causing agent hit the wells.

My elementary school class once took a field trip to a local water treatment plant. I remember reacting with awe to the deafening factory-scale machinery and concrete vats of turbid water that we looked way down into, like some sort of roiling underworld. This was the late 1960s, arguably the heyday of techno-optimism, or at least of a certain kind of big-works mechanical can-do.

For the longest time I went along assuming that the fate of the water that we needed to quench our thirst and wash our clothes and sprinkle our lawns was by necessity determined by big, mechanistic systems. The natural world played an incidental role. It wasn’t until my research led me to think in terms of ecosystems that I gave much thought to how water moves from place to place—and why this has important implications for climate, poverty, politics and biodiversity.

Infrastructure is, to my ear, a cold word, and for this reason I wanted to avoid using it. But I couldn’t find another way to convey the apparatus that supports water processes, the basic undergirding or hardware that enables the system to function. And the term doesn’t have to refer solely to the built environment—infrastructure can describe natural systems as well.

What do we mean by infrastructure? The structure part suggests form, whereas infra comes from the Latin for “below.” Which brings us once more to what lies at our feet, the soil. 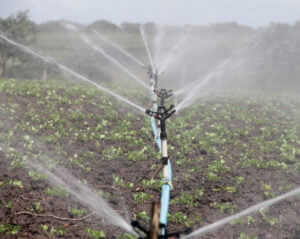 The quality of soil on a piece of land may seem unrelated to water infrastructure. However, Malin Falkenmark of the Stockholm International Water Institute has emphasized that two-thirds of all rain that falls over the continents goes into the soil. This is in contrast to the lakes, rivers and reservoirs—those blue-colored places on the map—where we assume water will end up. In the 1990s she coined the term green water to represent soil moisture that cycles through plants. Blue water is the water in rivers, lakes and aquifers that may be drawn on for domestic and agricultural use.

Falkenmark and her colleagues point out that our engineered infrastructure projects, such as dams, irrigation, and water diversion programs, focus on blue water. Despite representing two-thirds of the world’s freshwater resources, green water has been ignored and subsequently mismanaged. Changes that impede the presence of ground cover, notably desertification and deforestation, have a negative impact on green water. This is significant because water held in soil is what most directly and efficiently affects a community’s ability to grow food. Indeed, while water planning and policy tend to focus on irrigation, most of the world’s agriculture is rain-fed.

Water as liquid or vapor is always moving into and out of soil and plants, the atmosphere, and natural pools and byways, and so the two systems—green and blue—are interdependent. The work on green and blue water demonstrates how crucial that thin ground layer is to our global water infrastructure, the system underlying the movement of water and the fulfillment of our water needs.

Australian soil scientist Christine Jones describes how a whole landscape approach to water management has to, paradoxically, work on the level of entire catchment areas as well as the tiny raindrop. Any time a raindrop meets the earth, she writes, one of four things can happen. That droplet of water can:

The length of time water remains in the soil where it has fallen is an important factor in the viability of a given watershed, she says. The trouble today—she’s speaking of Australia but this applies worldwide— is that too much water moves sideways, dragging along topsoil, organic matter and soluble nutrients and depositing it in lakes and rivers. Because there’s so much bare soil, thanks in part to desertification and fires and other means of undermining soil health, there’s also too much water moving up as evaporation.

This is another way to appreciate what our two videos (Allan Savory on Effective Rainfall) show us. Ray the Soil Guy gave us the water-going-sideways scenario: disturbed soil becomes compacted and loses the pore spaces that would allow water and air to flow. Unable to infiltrate the soil, the water has no choice but to move horizontally—sideways—and thus we have runoff, and all the problems that entails. Savory’s two uncovered plots saw their water go up: in the course of a hot day in Zimbabwe the four-millimeter rain equivalent evaporated away.

As in the African bush and on and around North America’s industrial farms, all around the world we have problems with water: water shortages and runoff and floods. But maybe we can reframe our challenge as having a keeping-water-in-the-ground problem. For this is certainly a problem we can do something about. What we need to do is promote land management practices that enhance a part of our water infrastructure that we’ve been treating like dirt: the ground. The surface of the soil shouldn’t have to “hurt like hell.”

Trees of Power: Poplar – The Homemaker

How to Make Biochar 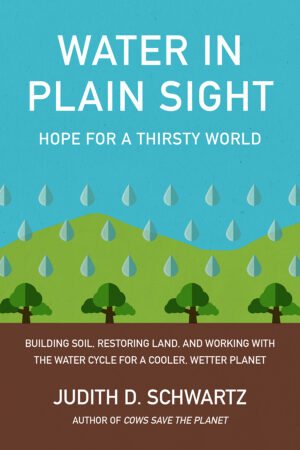 Hope for a Thirsty World 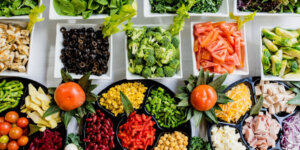 More Than a Matter of Taste: The Science Behind Food Preferences

You might remember being a little kid and refusing to eat the broccoli that was put on your plate. But now you can’t get enough of the delicious green veggies. Why is it that your food preferences change over time? Why do you love some foods and despise others? What causes one person to love… 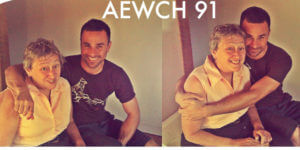 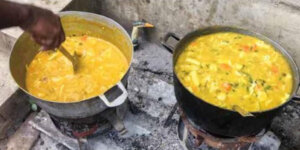 RECIPE: Soup of Independence and Remembrance

For most people, traditional foods and family recipes are often thought of in the simple terms of comfort foods or those dishes that only make an appearance at the holidays. However, for many, traditional foods are so much more than that. They are a gateway to health and wellness and offer an opportunity to reflect… 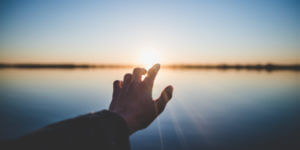 Look to a Brighter Future

When looking to the future, it can feel impossible to make a difference as just one person in a world of millions; but when like-minded people join together for the common good, change is always possible. We can ensure a brighter future by telling our stories, learning from the stories of others, and then working… 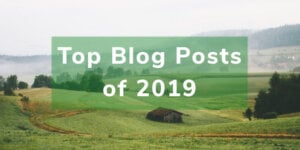 Ah, 2019 – how the time flies! The end of the year is always a little bit nostalgic, and as the year comes to an end, we’re taking stock of what our community has found most useful. If there’s one thing (or two) we know about our readers, it’s that they love growing food and…